Most of us keepers are convinced that we know our dogs perfectly. Sharing our lives with them makes us capable of understanding their needs, deciphering their body language, and even interpreting their different states of mind. So much so, that sometimes we just need to look our dog in the eye to know how he is.

However, there may be some curiosities about dogs that you still do not know. For this reason, in this BestPetsLover article, we have compiled more than 30 surprising dog curiosities about this canine species.

Its domestication began in the Upper Paleolithic

When we think of pets, the dog is undoubtedly one of the first that comes to mind, if not the first of all. But do you know when the domestication of man’s best friend began? Nothing more and nothing less than 16,000 years ago. As a curious fact about dogs, it must be said that it was the first animal to be domesticated by humans from the Asian wolf and the dingo.

It is the animal species with the greatest racial diversity.

The differences between a chihuahua and a mastiff are such that it is hard to believe they have a common ancestor, but they do. All dog breeds belong to the same species: Canis familiaris.

The intense artificial selection carried out by humans has resulted in the great variety of dog breeds that exist today, specifically, 343 breeds according to the International Cynological Federation (FCI). Its enormous morphological and behavioral diversity is incomparable with that of any other species. As an example, the weight standards vary from 0.5 to 100 kg, which is truly amazing.

The next curiosity about dogs has to do with how they live. Until recently, it was thought that dogs that lived in packs with other dogs and with humans did so following a system of social hierarchy based on linear dominance.

However, today this thought is banished since dogs establish democratic societies in which whoever is dominant today may cease to be so tomorrow. That is, dogs do not follow a linear hierarchy.

Their aptitudes for work are multiple and very diverse

Dogs are, without a doubt, the quintessential companion animals. However, throughout history, dogs have not only been life companions for people, but also excellent work companions.

Of all the characteristics and curiosities about dogs, the intelligence and enormous learning capacity that characterize this species have allowed them to be used for very diverse tasks, such as:

They are not strict carnivores

Unlike cats, dogs are not strict carnivores. Another curious fact about dogs is that originally they were hunting animals, but throughout the process of evolution and domestication foods rich in fiber and carbohydrates (such as vegetables and cereals) were included in their diet, which has meant that today their diet should not be based exclusively on the consumption of meat.

They are very voracious animals

Dogs are voracious animals by nature since in their natural state they were used to eating large meals to be able to endure several days of fasting until they got a new prey. In other words, we can say that dogs carry voracity “genetically encoded”, which makes it difficult for them to regulate their intake. For this reason, it is important not to provide them with food ad libitum (freely available), but to ration it into several meals a day to avoid overloading the digestive system.

They have baby teeth

Like people, dogs also have first milk or deciduous dentition, which is replaced by the permanent or final dentition between 2 and 6 months of age. However, it is unusual to detect the loss of milk teeth, since they are usually swallowed while eating.

Their senses differ from those of the human beings

The next curiosity of dogs has to do with their sensory abilities since they are very different from ours. We can see that:

They can diagnose diseases with the smell

What is the most important thing about dogs? Although it may seem incredible, dogs are capable of diagnosing human diseases such as cancer, diabetes, or COVID-19 using only their sense of smell, since they can identify volatile organic compounds associated with these pathologies. In this way, it is one of the most important and relevant curiosities of dogs.

They appreciate the caresses

It does not seem that we are talking about one of the curiosities of dogs since, although all pets appreciate the signs of affection, the power of caresses is especially important in dogs.

What do dogs like the most? Being animals with a highly developed sense of touch, a simple caress is a great reward for them (for some, even better than food), which is a very important consideration to take into account when training this species.

They use a different language than ours

How do dogs communicate? If you want to know more about the subject, do not hesitate to consult this post that we recommend.

Despite communicating with a mainly non-verbal language, dogs are capable of understanding up to 160 words if they are stimulated and educated appropriately, coming to understand the human lexicon as children of 2-3 years of age do. Even so, to fully develop their cognitive abilities, dogs must be properly stimulated through the constant practice of positive training.

Their life expectancy is highly variable

Surely, on more than one occasion, you have heard that small dogs live longer than large dogs. But what accounts for this difference in life expectancy based on size? It is due to the rate of aging.

Large dogs, due to their higher growth rate and the greater metabolic wear of their body, age at a significantly faster rate than small dogs, hence they are less long-lived animals. It has been shown that for every 2 kg of weight, the life expectancy of dogs decreases by around a month.

His body temperature is higher than ours

The normal temperature range in dogs is between 38-39 ºC, so it is slightly higher than that of people. As a general rule, body temperature is somewhat higher in the morning than in the afternoon. In addition, as a curiosity, the temperature increases in pregnant dogs, but decreases 24 hours before delivery. It is common to use this parameter as an indicator to predict the time of delivery.

They have 8 blood groups

The next the curiosities about dogs are that they have 8 blood groups, which are called:

These acronyms DEA stand for Dog Erythrocyte Antigen. Of all of them, the one with the greatest antigenic power and, therefore, causing the greatest risk of adverse reactions is DEA.1.1. For this reason, dogs negative for the DEA.1.1 antigen have traditionally been considered the ideal donor.

They may have a communicable cancer

Dogs, along with Tasmanian devils, are the only mammals that can suffer from a transmissible type of cancer. In the case of the dog, it is the transmissible venereal tumor (TVT), also called Sticker’s sarcoma, which develops in the genital area and is transmitted from one animal to another during copulation.

Do not hesitate to consult the following BestPetsLover article on Transmissible Venereal Tumor (TVT): symptoms and treatment for more information on the subject.

His canine genome was sequenced in 2005

Just two years after the Human Genome Project announced that sequencing of the first human genome had been completed, the canine genome was sequenced.

Of the curiosities of dogs, what was the reason that the dog genome was sequenced so quickly? The fundamental reason is that the dog has been and continues to be an animal model for many human pathologies, and the sequencing of its genome has made it possible to identify many genes involved in diseases that also affect people.

The bitch is the only domestic female that is non-seasonal monoestrous, meaning that she is in heat not associated with a particular season. As a general rule, bitches have two heats a year (every 6 months), although it is also considered physiological that they have one or three heats a year. However, although we are talking about curious facts about dogs, you should know that there are wild females such as the fox and the bear, which are also monoestrous.

They are born blind and deaf

The next curious facts about dogs have to do with their birth since puppies present incomplete nervous, motor, and sensory development. Their sense of sight, hearing, and ability to thermoregulate is barely developed, so at the time of their birth, the puppies are dependent on their mother to survive. From the second week of life, rapid motor and sensory maturation begin.

They do not have sweat glands on their skin

Another curiosity about dogs is that they lack sweat glands in their dermis, except at the level of the plantar pads. Having such few underdeveloped sweat glands, they barely lose heat through the evaporation of sweat. For this reason, they need alternative mechanisms to sweat, such as panting, to reduce their body temperature when necessary.

They hate some things about their humans

Another curious fact about dogs is that, even though they are our best friends, there are some things that dogs hate about humans. For example, having much more sensitive senses of hearing and smell, they are deeply disturbed by screaming and strong odors. In addition, some typical displays of affection in humans, such as hugs, can be uncomfortable for them, as they feel imprisoned.

However, dogs tend to be especially patient and affectionate with us, transmitting with a concealed smugness that this bothers them. Even so, do not forget that we must strive to know and respect canine nature, offering them a positive environment and respecting their needs.

Their relationship with humans is not determined in terms of dominance

Unfortunately, it is common to find false explanations on the Internet that associate certain behaviors of dogs concerning their guardians with the theory of dominance. This is completely false since dominance is intraspecific, that is, it occurs only and exclusively between individuals of the same species. Likewise, many people tend to confuse canine dominance with aggressiveness, something wrong because a “dominant” dog stands out for being balanced and calm.

They can transmit diseases

The dog is man’s best friend and loyalty is one of the most admirable characteristics of his personality. As a fun fact about dogs, despite their very special bond with humans, there are some diseases that dogs can transmit to people, such as rabies, intestinal parasites, and ectoparasites. To prevent them, it is essential to maintain optimal hygiene at home, respect the schedule of vaccinations and deworming of our furry ones, and offer them balanced nutrition and essential care to preserve their good health. Go to your vet if you have more questions!

Dogs can make us live longer

To conclude this article with curious facts about dogs, we want to mention one of the many benefits of adopting a dog. When you include a dog in your life and your home, you will gain the most loyal companion who will want to protect you at all times and accompany you through thick and thin. This will have an extremely positive impact on your self-esteem and mental health.

In addition, sharing day-to-day life with a dog stimulates us to conquer a healthier lifestyle, helping us to fight against a sedentary lifestyle and associated diseases, negative moods, loneliness, and depression. With their special way of being and loving us, dogs teach us to live longer and better.

Other curiosities about dogs

In addition to the curiosities that we have described in the previous sections, there are other curious facts about dogs that you may not yet know: 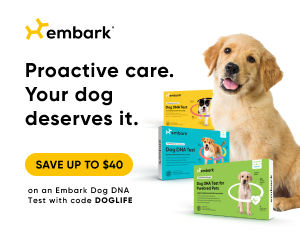 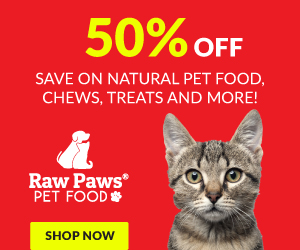 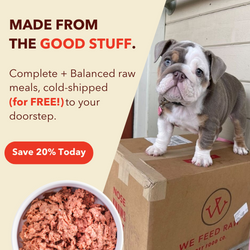 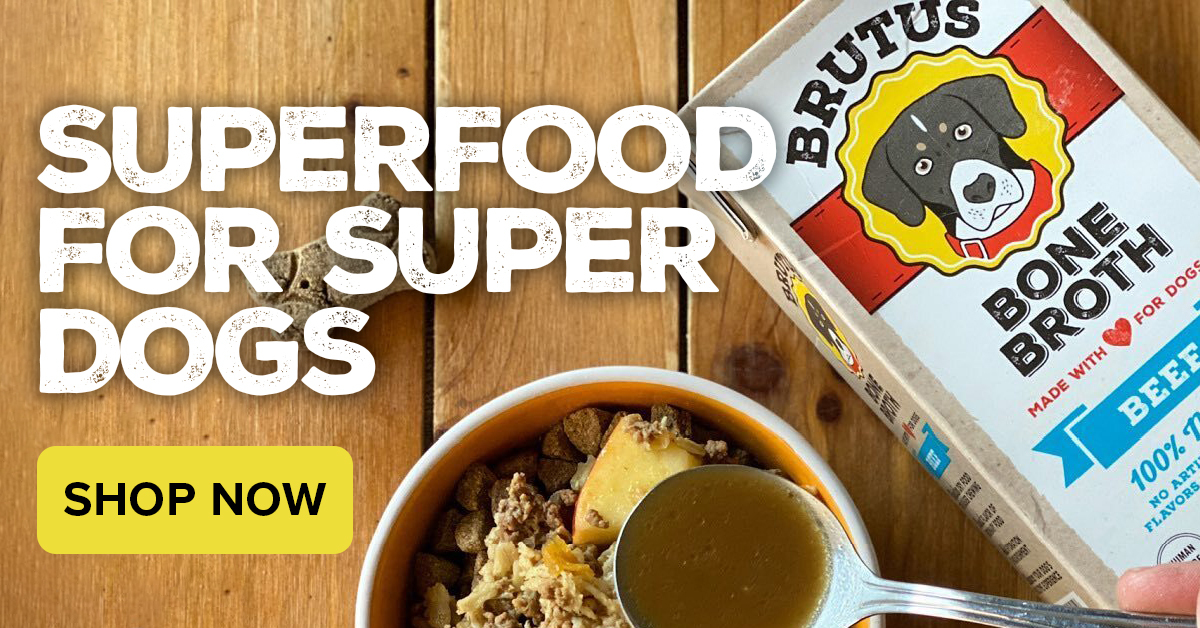 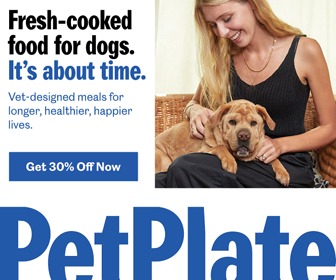 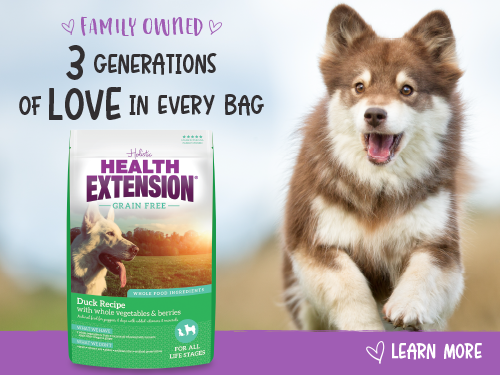